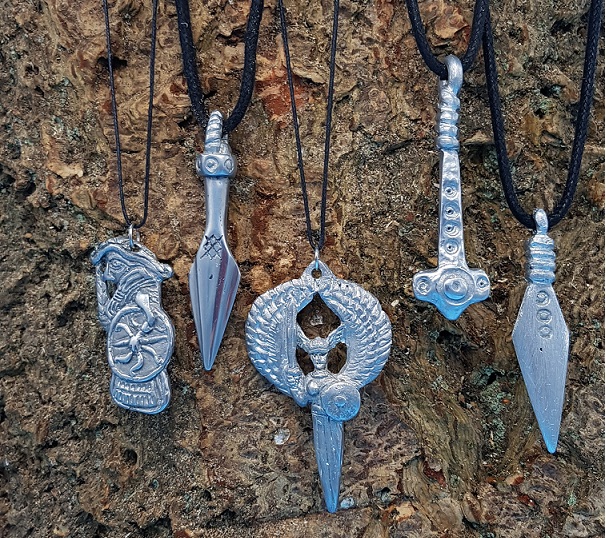 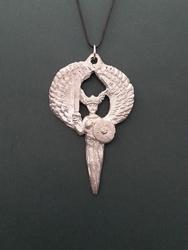 This original winged Waelcyrge design is made within the spirit of our time.

The Old English cognate terms wælcyrge and wælcyrie appear in several Old English manuscripts, and scholars have explored whether the terms appear in Old English by way of Norse influence, or reflect a tradition also native among the early English. Scholarly theories have been proposed about the relation between the valkyries, the Norns, and the dísir, all of which are supernatural figures associated with fate. Archaeological excavations throughout both Scandinavia and eastern England, have uncovered amulets theorized as depicting valkyries. 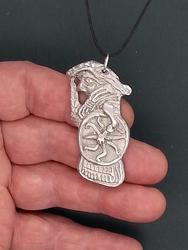 This beautiful English silver pewter pendant is based on original found in Wickham Market Suffolk England and dated to the 9th century . It shows a woman with a shield and sword which means it could either represent a Waelcyrge/Valkyrie or a Shieldmaiden. There are several famous shieldmaidens throughout early English history not least Aethelflaed,King Alfred's daughter who led an army campaign with her brother which eventually resulted in the defeat of the Danes at York.

The Gilton Spear of Woden/Odin.

Based on the 6th Century find from Kent

Found in Kent in a quarry side,this amazing find was one of several which clearly show a Heathen belief system dating back to 6th century England and a connection with the old gods of the north by our Englisc ancestors.

This Woden's spear is similar in design to the Gilton Thunor's hammer. 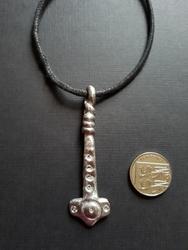 Based on the 6th Century find from Kent

Another myth dispelled. It seems that the Vikings whose raids began from the 9th century did not bring Thor's hammer to these shores! This design is closely based on a small silver thunor's hammer found in the subsoil of Gilton,Kent. 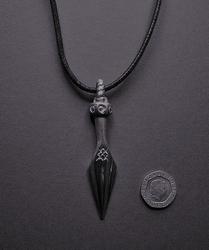 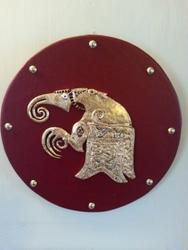 The beautiful and strange creatures from the iconic Sutton Hoo shield are known throughout the World.They are sometimes referred to as Gripping Beasts... This shield is just under 12"/29 cms across and has a hanging hook to display it on your wall as a centrepiece. 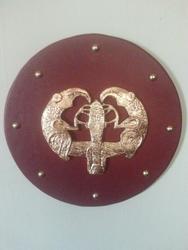 Treasure From The Staffordshire Hoard -My humble tribute!